I apologize ahead of time for the length of this article.  I know it's long, but please stick with me to the end.  You'll find the Call to Action there.
Here's an Index of Section Titles to help you navigate and reference later.
1.  House Rules - What Are They?
2.  One Example of How It Has Been
3.  One Example of a Proposed Change
4.  Other Problems in the Current & Proposed Rules
5.  What We Need
6.  Take Action to Help
7.  References
8.  Stay Informed

The 2023 Missouri legislative session hasn't even gotten started and already the MO House leadership is stripping even more power away from our elected representatives via the MO House Rules, HR 11.

House Rules - What Are They?

Each session, the MO House members vote on a set of rules that govern the process of passing legislation in the House as well as laying out the function of specific roles of individual positions, committees, etc.   The rules of the House are just that - the rules the House must follow.
You might think these are just procedural and not really a big deal.  But, in fact, the rules change EVERYTHING.  The rules change how the House functions and the rules dictate who truly holds power and has authority.
The MO Senate also has a set of rules.  They are completely different and totally separate from the House rules.  Rules are voted on by each chamber's members each session.

one example of how it has been

For quite some time, the House rules have dictated that the Speaker of the House has the sole responsibility to appoint Committee Chairs AND members to each committee.  He also is the only person allowed to refer bills to committees or he can choose not to refer them to committee at all.  He can also remove representatives from committees.
Can you see where this might be a problem?
He chooses the Chair.  He chooses the members.  He chooses the bills they hear or don't hear.  If someone isn't pleasing him on the committee, he can pull that representative off OR better yet, just stack the committee with additional members willing to vote his preference.

one example of a proposed change

Let's compare just one aspect of the new rules to the rules of last session.   How does a bill go through committee and arrive on the House floor where ALL the members of the House can vote?
If the new rules are passed, the Speaker has EVEN MORE power than he has ever had before... and last year was bad enough. 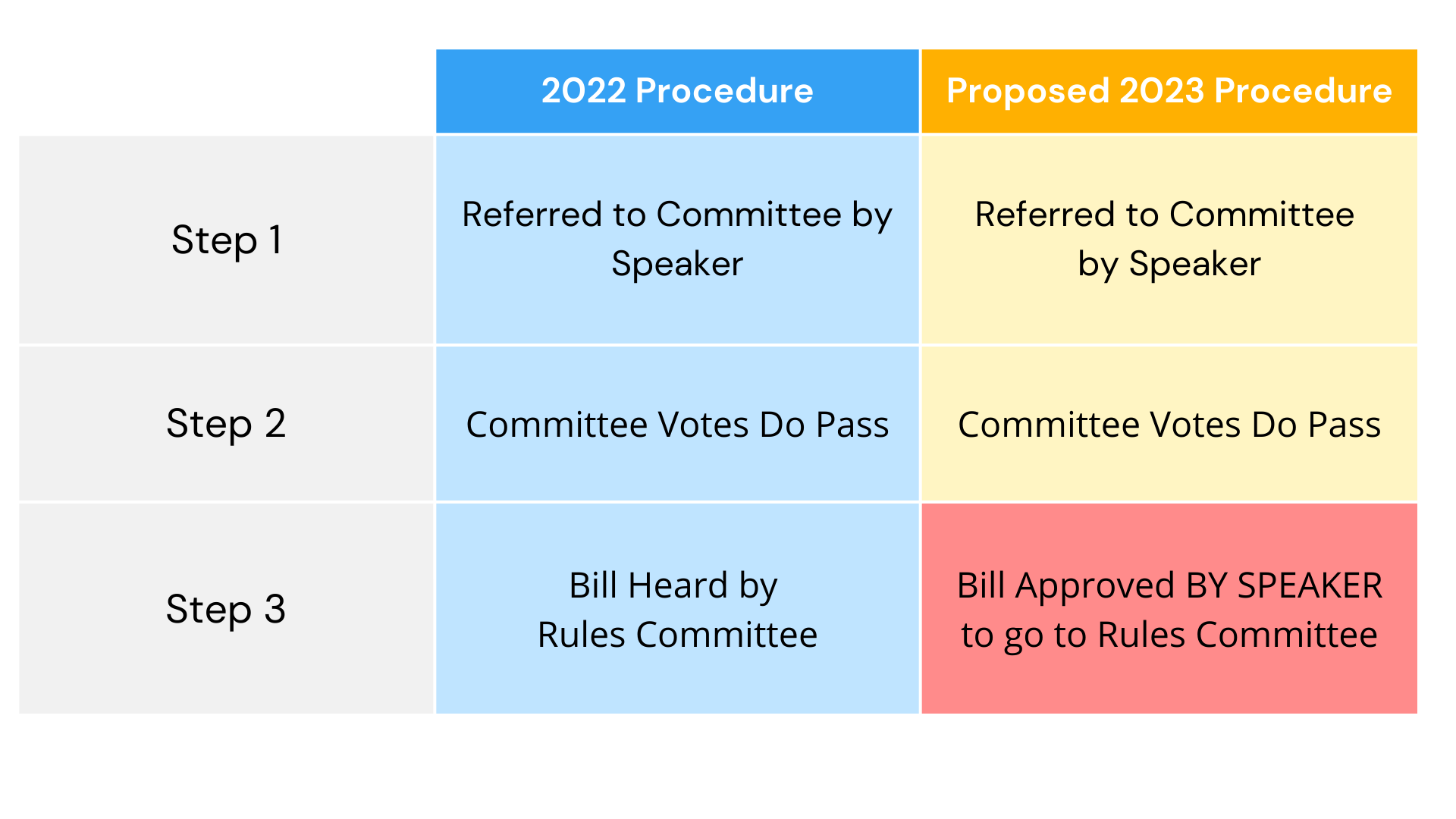 Do you see the problem?  We already had a problem with the Speaker having so much power but now it's even worse.  If the new rules are passed, OUR elected representatives voting in committees now mean NOTHING.  All regular standing committees have just lost ANY power they may have had previously.
It's in these standing committees where citizens have an opportunity to make your voice be heard.  Standing committees are required to have a public hearing where Missourians are able to come voice their experiences and opinions on important matters before a vote is taken.  It's the ONLY opportunity within the process where THE PEOPLE's voice goes on record.  And now.... those hearing won't matter. The committee really doesn't even matter at all.
We could have a committee hearing with 100's of Missourians weighing in, the committee passes the bill & the Speaker can choose to kill it by not sending it on to the next step in the process.
This is just one example.  There are MANY problems with the new rules and this is just the tip of the iceberg, but I feel this one might be the most important point.
We CANNOT have ONE. MAN. having this much power across the entire state when he was only elected as a representative of approximately 30,000 people.
A FEW OTHER (not all) PROBLEMS WITH THE RULES

what we need:  the people's house rules

We need to return to what our Founding Fathers in Missouri intended for the rules to be.  This past year a team of citizens did some digging through the oldest archives that could be found.  We discovered House Rules dating all the way back to 1869.
In 1869, it was a completely different ballgame.  It was set up to benefit the people and it did not give power to only one or two people.  Imagine that!
The Speaker was truly just a facilitator of the agenda for the day.
Committees functioned much differently.  They issued OPINIONS on bills but they didn't have power to kill them.  ALL the representatives were able to weigh in and vote on each bill and every bill arrived on the floor because of this.
There are several differences - too many to list but needless to say it's a refreshing document to read.
We've rewritten a set of rules inspired by those written in 1869 which would bring balance of power back to our House and ensure fair and equal representation for all Missourians.
We are calling them the PEOPLE'S HOUSE RULES.  Here are some highlights.
In a nutshell, the People's House Rules return the balance of powers back to all our elected representatives and gives THE PEOPLE of Missouri fair and equal representation.

1.  Submit Testimony - Fill out the form IN OPPOSITION to the rules.  You can enter a statement if you choose.  It's not required.  Please be sure to complete the email verification process in order for your testimony to be submitted.
2.  Attend the Hearing in Person - 1:00 pm  Monday, 1/9/23 in Hearing Room 3.   If you'd like to come but need help with any aspect of your trip, please let me know.  I'll be here to help with all the details.
3.  Call & Email Your Representative - Look up your Legislator HERE.

THE NEWLY PROPOSED RULES.   You can see where the changes are being made.  New additions are underlined.  Deletions are struck out.
Submit Testimony in Opposition to HR 11
MO People's House Rules.pdf 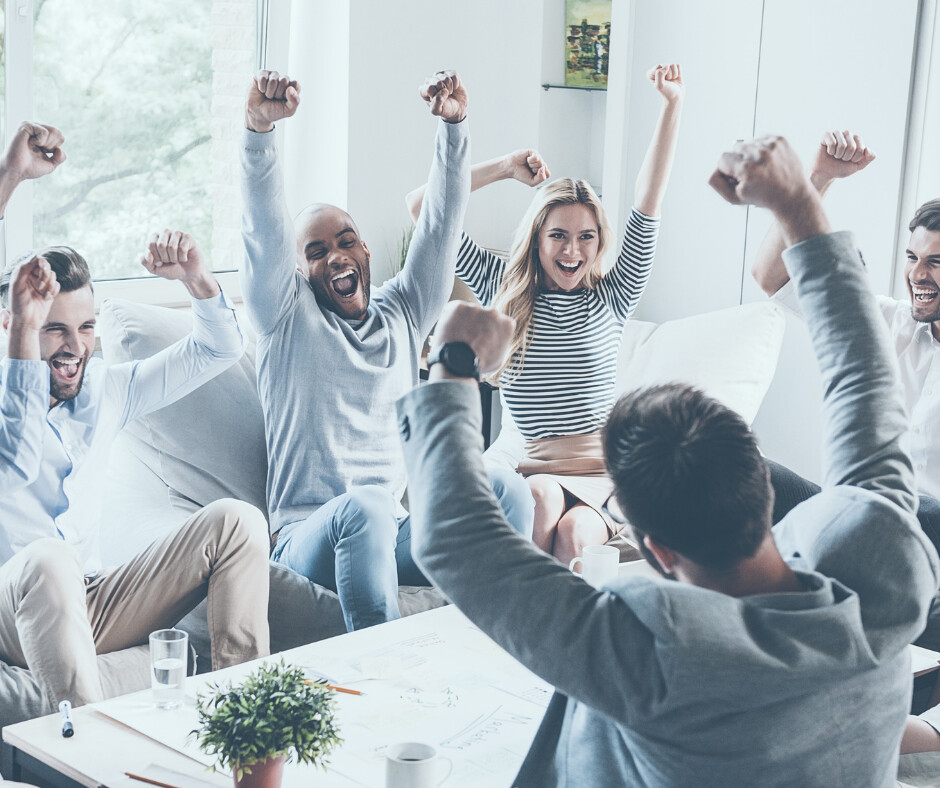 They Showed Up and they Won!
Welcome!
HB 1358 - True Covid Liability & Protections From Government Overreach