SUBSCRIBE TO THE BLOG
Missouri's county central committees are being attacked by a bitter senator, Mike Cierpiot, who happens to be pretty angry that he had a primary opponent and ended up not being endorsed by his own committee.   Frankly, I'm not at all sure what his problem is, because he won the race.  But Joe Nicola sure did a great job and those constituents learned a lot of truth.
That, I think, might be Cierpiot's problem.  Truth.
Cierpiot snuck in a 3rd candidate to split the opposing votes, which isn't really surprising.  That strategy is used often and it definitely worked.  Maybe Cierpiot didn't know, I guess.  But considering the 3rd candidate (Rachl Aguirre) was talking, even sort of bragging about being good friends with Cierpiot and his wife, they've been seen out to dinner together and such...I'm pretty certain that it was a strategic move.  But I digress.

The Republican Party (GOP) is divided into several different committees.  The Democrat Party has them, too.  These committees actually ARE what make up the Republican and Democrat Party.  These committees that make up each party are codified in Missouri statute.  Both the Republicans and the Democrats have the same list of committees.
Each committee has different functions and contributions to our political system. For example, the county committees can write resolutions about specific issues which indicates their stance or opinion.  The county committee generally endorses and financially supports the party candidate in the general election.  They are supposed to remain neutral in the primaries, but they do have influence and can actually keep candidates from running on their party ticket.  Frankly, I wish they'd do more of that with a pledge to the Republican Platform as the filter.
The county committees in question are actually elected positions.  There's a good chance you didn't know that.  If you haven't seen that on your primary ballot lately, it's because no one is filing to fill it or it's been filled and the seat holder continues to hold it until they are challenged on the ballot, which rarely happens.  We'll talk more about that another day.
The county committees are made up of 1 man and 1 woman from each voting precinct or township.  I.e., If your county has 10 voting precincts/townships then you have 20 central committee seats.  That means YOU have a committee man and a committee woman on your county committee that is supposed to be representing you.  If you don't know your committee people, please take time to reach out to your County Clerk and find out who they are.
Each county committee has its own set of bylaws.  And it's interesting to note that the party itself via these bylaws can choose ANY process they want as far as how their committee functions, how they control their party ballot, etc. as long as nothing they do conflicts with Missouri statute.
Issues the county committee votes on:
The Chair & Vice-Chair of each county committee are automatically members of the higher level committees where they have a voice in higher level issues, including Presidential delegates and filling vacant seats in higher offices.

Currently, the county committee votes are NOT weighted.  Every committee person gets one vote.  This means that every township/precinct has the same amount of representation - just like the senate.  We like this system.  It assures us that everyone is represented in an equal way regardless of the population of their voting precinct.
Cierpiot wants to weight the votes and worse than weighting the votes, he's created a ridiculous way to do it.
This means that every committee member would have a different number of votes and that amount would be determined according to the number of people who voted for the WINNER of the governor's or auditor's race in the last primary.
Here's a video that explains more about weighted voting.  INTRODUCTION TO WEIGHTED VOTING.

If you were a power seeking politician, wouldn't you LOVE to have this much control over the committee, its bylaws, its endorsements, its selection for candidates?
Cierpiot isn't insane.  He's actually very strategic and this is a great way to sneak tons of dictator type control in right under the rug hoping no one notices.
Creating a dictatorship on the committees would mean ...

1.  PLEASE PRAY this ends with the senate committee!!  The public hearing is today.  I'll be in attendance and I'll keep you posted.  **UPDATE.  They pulled the bill from the committee hearing.  It will be heard in the future at an unknown time.
2.  Please find out who your central committee members are (check with your county clerk) and then send them the link to this blog.  They need to use their voices & power they have on their committee.  The committee can pass a resolution to express their opposition to the bill.  It's the most effective way to gain traction right now but we need to make sure our county committee members know what's happening.
3.  Stay tuned.  Your voice may be needed shortly! 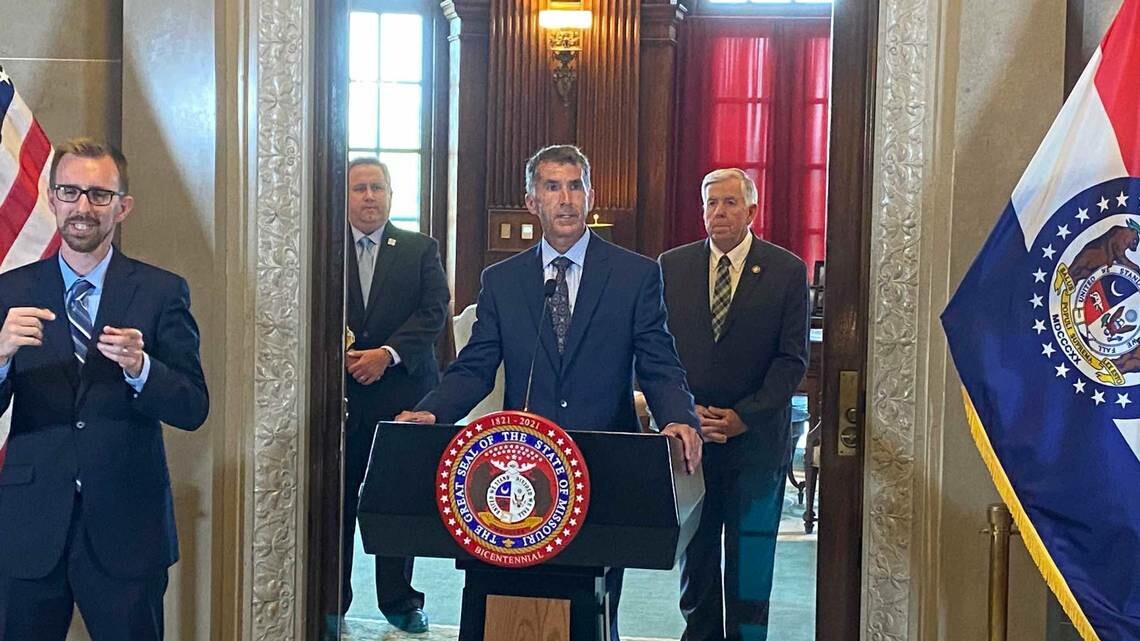 Keep Kauerauf OUT of Missouri! Pt. 1