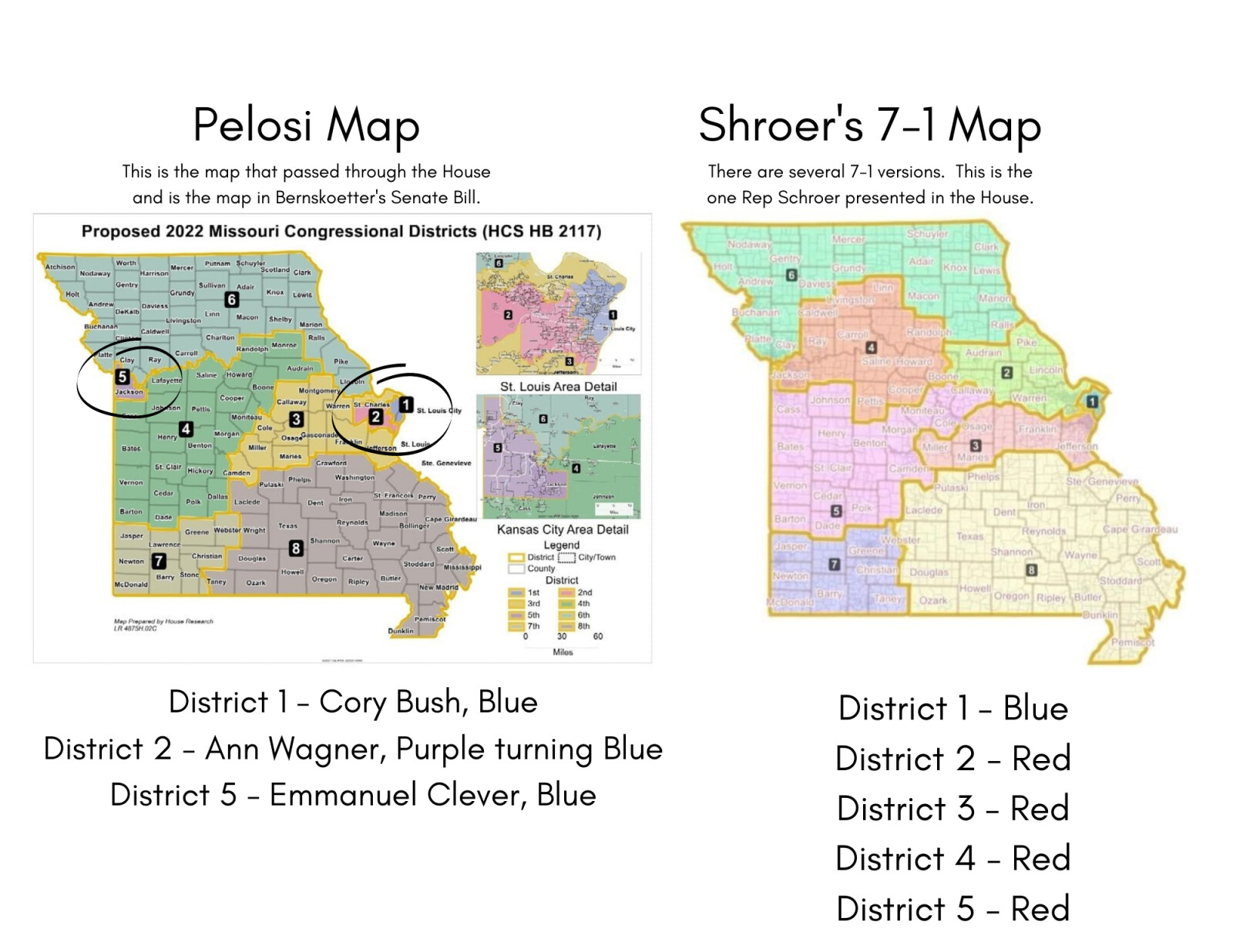 The moderate Republicans are saying a 7-1 map could actually turn into a 4-4 but their current map (a WEAK 6-2) is as good as gold.
Now, how in the world is that?  Our 7-1 map is going to change and go down the toilet but theirs is a safe bet?  I'm not buying that at all.  In fact, it doesn't take a rocket scientist to see that the map in the bill right now is probably not going to hold for even a couple more elections.  You don't have to be a cartographer to know that a small little district nestled up next to Cory Bush's territory isn't going to be a Republican stronghold.
Let's just put these maps all in one place and you can draw your own conclusions.
Here's the current Congressional map.  We have a 6-2 split.  The democrat districts are District 1 which belongs to Cory Bush and District 5 which belongs to Emmanuel Cleaver.  Emmanuel lives in Jackson County and he obviously wants to keep his job in D.C. 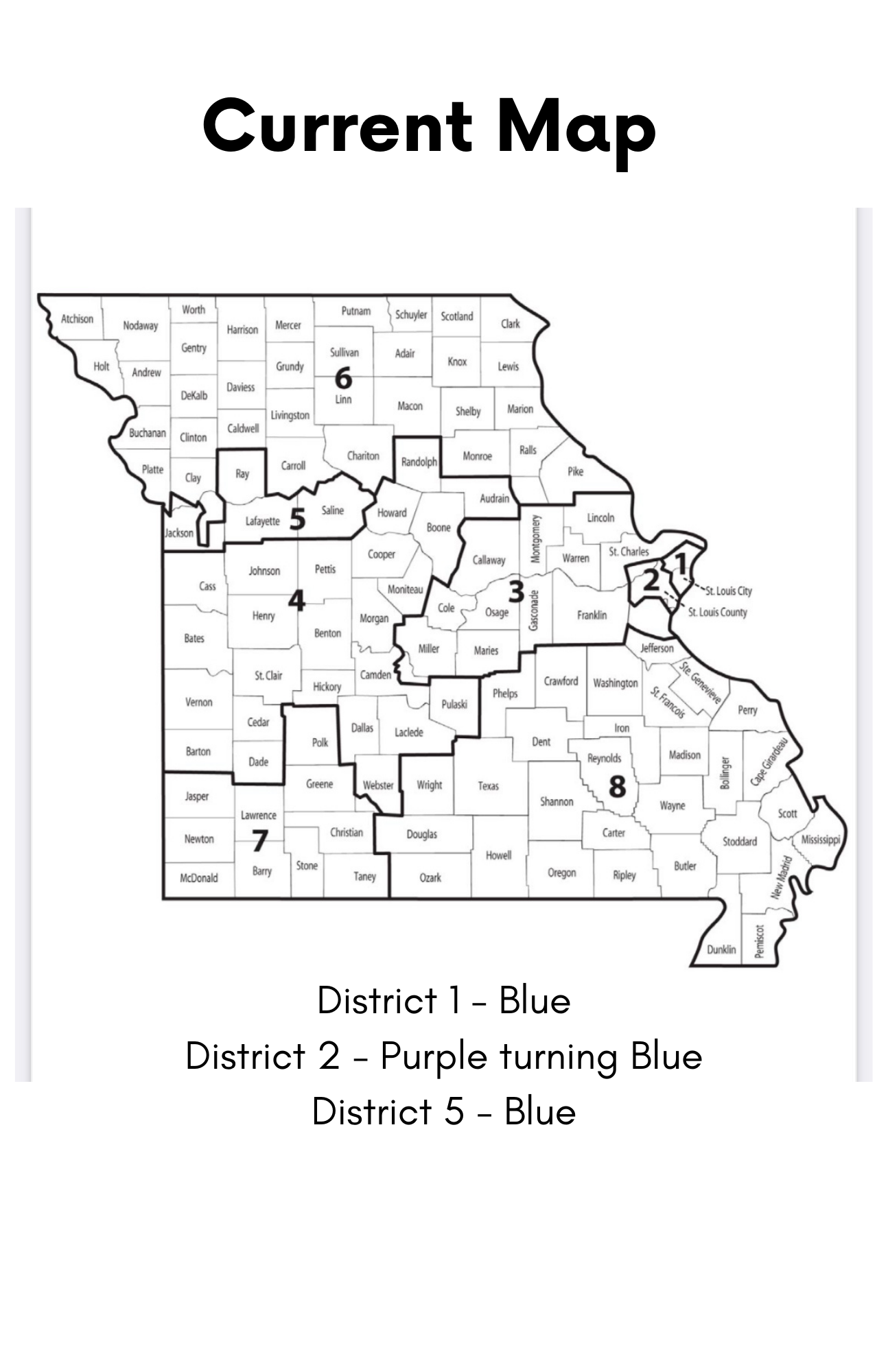 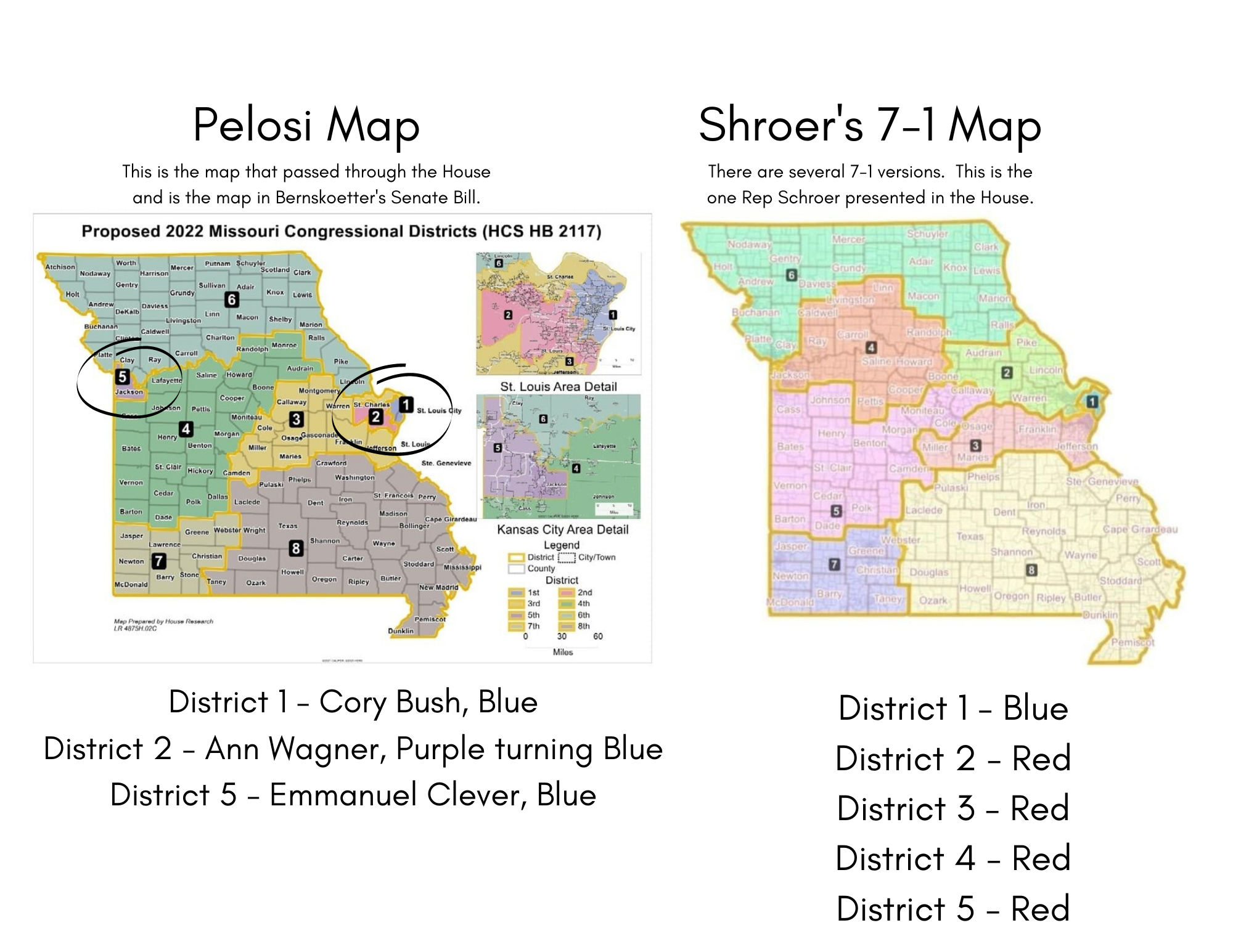 1.  In the Pelosi map, District 2 belongs to Ann Wagner, a Republican, for now.  But it's already growing in its democrat population.  It's expected in the next couple election cycles, it will be a democrat district.   The way this map is drawn, Trump only won by 4.9% in 2020, 10 points less than the state average.   If we look back to 2018, Hawley would've only won by 1.9%!  This is NOT a safe Republican seat!
2.  If the trend of the last decade continues, District 2 in the Pelosi map will be blue no later than 2026 making it virtually impossible for a republican to win - even Ann Wagner.
3.  ANYONE describing the Pelosi map as a 6-2 map is a dishonest broker.  Period.  They know exactly what they are doing.  Currently, it could more accurately be called a 5-2-1 (5 Republican, 2 Democrat, 1 Swing), but it will be a solid 5-3 very soon.
4.  In the 7-1 map, District 2 is strengthened and District 4 would be Republican.  We'd strengthen a current district and gain one in the 4th.
5.  Could the 7-1 turn into a 4-4?  You tell me.  Do you seriously think the democrat population is going to explode in the cities enough to "overwhelm" the rest of the counties in THREE different districts?  I don't think so.  In fact, we know that people in counties like Jackson and St. Louis are leaving because of left leaning policies like mask mandates.

This is common sense.  The moderate RINOs would love for you to think this is complicated and you can't possibly understand what's happening.  That's a load of donkey-doo.  This isn't complicated.  You're a smart cookie.
What do you think? 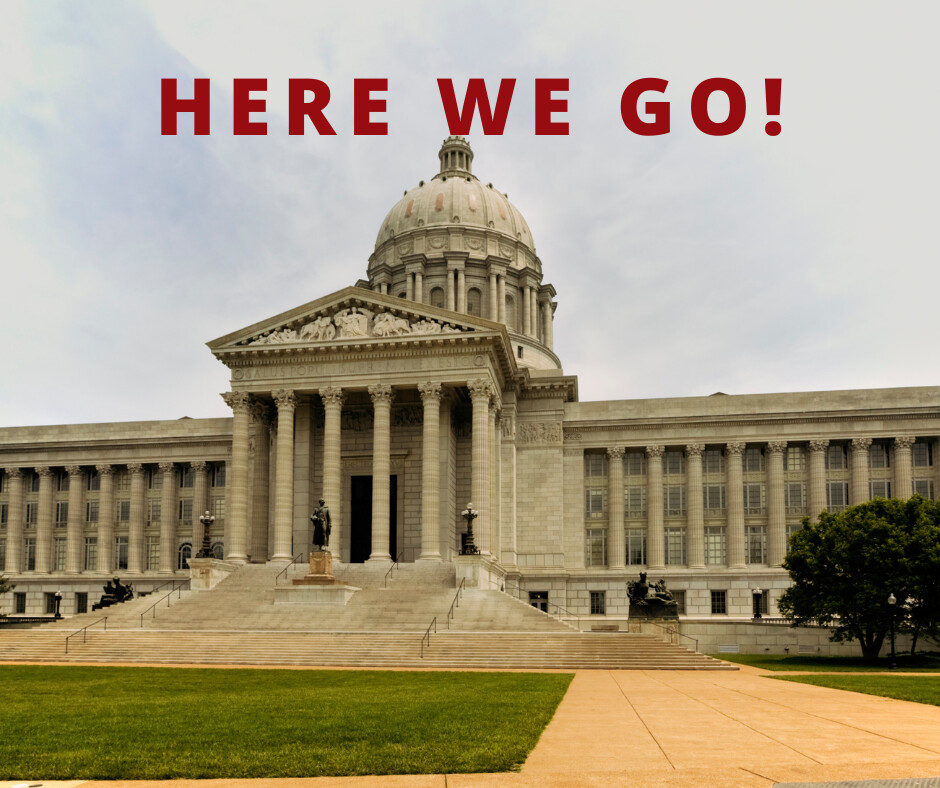